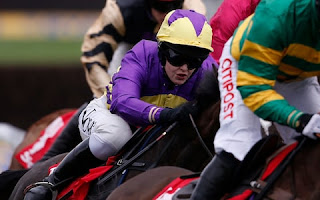 Four female jockey winners in a year was a new record for the Cheltenham Festival, and it was pleasing to see a renewed enthusiasm and momentum building. Unlike with the Grand National, historically female jockeys have struggled at the Cheltenham Festival and it looks like a corner may well have finally been turned in that department.
at January 18, 2020 No comments: