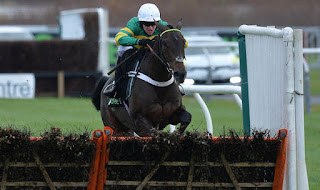 The Champion Hurdle, run over 2 miles and 87 yards on the Old Course, is the feature race on the opening day of the Cheltenham Festival and, this year, is scheduled for 15.30 on Tuesday, March 12. We’ve taken a detailed look at the winners of the Champion Hurdle to see if we can identify any recent trends that may help you to narrow the field.


Unsurprisingly, hurdling experience, including at the highest level, winning form and fitness are all paramount to winning the Champion Hurdle. The last ten winners had made at least five starts over hurdles – including at least one at Grade One level and at least two in the current season – and had won at least one of the last three.


The only one of the last ten winners to wear headgear, of any kind, was Jezki, who wore a first-time hood when winning in 2014.


At a top-priced 2/1, at the time of writing, Buveur D’Air may not be the most original selection as he attempts a hat-trick in the Champion Hurdle, but is an eight-year-old, officially rated 172, who has yet to finish out of the first three in 14 starts over hurdles, winning 12, including seven at Grade One level, and is 2-3 this season. He’s also owned by John McManus and trained by Nicky Henderson, so that 2/1 might just represent some value after all.