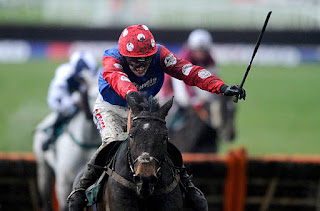 The Martin Pipe hurdle race is an ungraded race run on the final day of the Cheltenham Festival every year. It is a race that lines up horses of age four years or more to compete over a distance of 4,124 metres at the new course of the Festival’s Cheltenham venue.


It is a unique race in that only conditional jockeys are allowed to ride the competing horses. These are jockeys who must fulfil certain age and win conditions. They are required to be national Hunt Racing apprentices, under the age of 26 and not have won more than 75 rule races. The condition side-lines most of the pro jockeys but also gives a chance for jockeys of their future to showcase their ability at the highest level.


It is a race that is almost a decade old having been run for the first time in 2009. It was given the official name in honour of Martin Pipe, a seasoned trainer in the National Hunt circles who
had retired a few years earlier.


Handicap balancing applies to balance the race out.


In the nine editions of the race up to 2017, no single horse or jockey had managed to win the race more than once. The race has, however, attracted some big names in the horseracing circles.
Paul Nicholls, Willie Mullins, and Nicky Henderson are some of the notable trainers that have had their horses competing in the Martin Pipe.


Mullins has an early record lead of three wins in 2011, 2014 and 2015. All these big name trainers are still actively involved in racing and stand the chance to continue the record battle into
2018.


Despite being open to horses of all ages above four years, only five and six-year-olds have won here. This could be as a result of the owners and trainers of experienced horses not wanting to
leave them in the hands of inexperienced jockeys.
at December 23, 2017