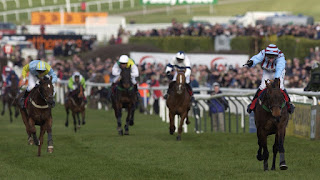 
A.P. McCoy famously said in the build-up to the 2003 Cheltenham Gold Cup, “I don't know what I’m riding this year and I don’t think it matters. Best Mate will win.” The multiple champion jockey was, of course, correct in his assertion; backed into 13/8 favourite, defending champion Best Mate came clear with two to jump and won easily by lengths. In so doing, he became the first horse since L’Escargot, in 1971, to win the Cheltenham Gold Cup twice.
at March 17, 2021