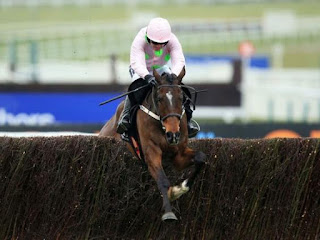 The Arkle Challenge Trophy, Cheltenham Festival’s second race, is another exciting spectacle that draws spectators to the annual sporting event. It is run immediately after the festival’s curtain-raiser- the Champion Novices’ Hurdle on the same Old Course that hosts the first race.


With the crowd already charged by the first race, the Arkle race serves to turn the tempo a notch higher. Fan stands are usually buzzing with excitement during this race, with many punters placing stakes on their favourite horses.


The race distance is about 3199 metres (2 miles) with thirteen fence obstacles placed strategically along the course. The fence spacing stretches both the horses’ and jockeys’ skills of jumping, landing, deceleration, and acceleration.


Eligibility for the race is that horses should be five years or older. This makes it pretty popular as most horse owners use the minimum-distance factor to test their horses. Winners at the Arkle have often gone on to win the bigger Queen Mother Champion Chase and the premier Gold Cup. More and more owners keep registering their horses in this with an aim of seeing them progress to the elite
competitions.

The race has been run by its current name since 1969 when it replaced the Cotswold Chase. It was named in honour of Arkle, a racehorse who dominated the Gold Cup with three commanding wins in the 60s.


The 2017 race was an especially spectacular event as competitors kept switching places and threatening to trash bets at every point. Race favourite Altior was given a real run for the money by Charbel, who surged to the front within seconds of the start. Nico de Boinville, slightly ahead of Altior, kept blocking attempts to catch up with Charbel.


With the race seemingly decided, Charbel fluffed at a landing sending his jockey sprawling. Altior took immediate advantage to charge again and win by six full-lengths, finishing to a thunderous crowd applause and setting the stage for an explosive 2018.
at February 03, 2021