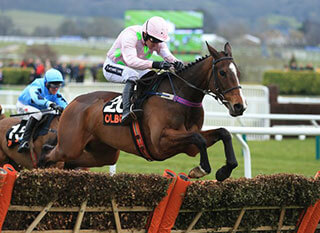 Dawn Run Mares’ Novices’ Hurdle is one of Cheltenham Festival’s newest races. It has only been run twice having been introduced during the 2016 edition of the annual March festival.


It is run by horses of age four years and above. These compete over a distance of 3,240 metres (2 mi 1 furlong) on the left-handed New Course. Eight hurdles lay in the path of the horses as they look to sweep the better part of the £65,000 purse prize on offer.


The race takes the prefix Trull House Stud’ in line with sponsorship regulations.


Having only been introduced recently, the race offers a great opportunity for new racegoers and fans to identify with a race of their age. Fans have the opportunity to identify the very first winners and watch the race shape up and build history year after year.


This is also a fertile hunting ground for gamblers. Without so much history behind it, gamblers have reason to believe that bookmakers do not have much leverage when generating odds. The race, therefore, would appear like a pure game of chance to the gambler.


The commanding duo of Ruby Walsh and Willie Mullins is already doing its part on the track. Walsh, a top jockey at Cheltenham, has ridden Mullins-trained horses on both occasions of the race. Limini and Lets Dance, both aged five years, won the 2016 and 2017 races respectively.


The National Hunt classifies the Dawn Run as a grade 2 hurdles race. The fan response to the race in its first years has been satisfying, although not overwhelming yet. The presence of the experienced Ruby Walsh has obviously done it a lot of good.


And it can only get better. More jockeys and trainers will want to enter into its uncharted waters where they will feel they have the chance to set an early pace. This one is truly a race to watch out for.
at June 25, 2017