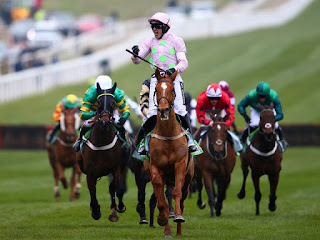 There really is no shortage of races for four-year-old and above horses at the famed Cheltenham
Festival. The Champion Hurdle is another race that brings together horses that are just entering the peak performance age and those that have racked up experience with years of competition.

The grade one national Hunt race is run over 3298 metres (2mi furlong) with eight hurdles placed
strategically as obstacles. Like many other races of its category, the Champion Hurdle has been run on the Old Course since it was first introduced in 1927.


It is the highest regarded race in the racing association’s annual calendar. As such, it brings together some of the finest horses in the sport and has proven over the years to be a hit with both gamblers and thrill racegoers. It is one of the races that has crowds going crazy during the first day of the four-day festival.

Despite its lengthy history, no horse has been able to win the Champions’ Hurdle more than three
times. Five horses- Hatton’s Grace, Sir Ken, Persian War, See You Then and Istabraq- hold a joint record of three wins each. Each of the five record holders won three consecutive races, a feat which has not been achieved since 2000. Persian War remains the most popular winner in the category, partially due to exploits made in other races.

Tim Molony from the 1950s and Ruby Walsh in the 2000s are the most prolific jockeys with four wins apiece. Walsh has especially been dominating the Festival in its entirety over the last decade.
His 2016 win atop eight-year-old Annie Power was a spectacular event that was met with a thunderous crowd applause as the mare crossed the finish line.

Nicky Henderson is the race's most prolific trainer with six wins. He made a name in the mid-1980s
when his horses won three races. He then disappeared only to return in 2009. He has been around since then and trained 2017 winner Buveur d'Air.