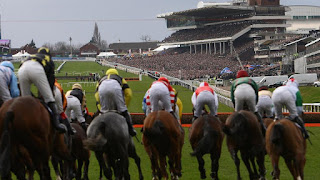 The Close Brothers Novices’ handicap is a chase race listed by the national Hunt in Great Britain.
The decade-old race is officially known as the Centenary Novices’ Handicap Chase but has taken different names over the years to accommodate sponsorship requirements.

It brings together horses of a minimum age of five years competing on a left-handed turf layered course.

The current name was adopted in 2016 when sponsorship changed hands between Chaps Restaurants
Barbados and the current Close brothers’ Group, a financial services institution

Horses compete to complete a distance of 4124 metres (2 mi 4 furlongs) with 16 fences placed along the course during this last race of the first day of competition. It is made more challenging by the inclusion of handicaps that specific competing horses have to overcome. Handicaps require a high degree of stamina on the part of the racehorse and an impeccable level of skill on the part of the rider.

The lucrative race attracts a purse of not less than £ 60,000, more than half of which goes to the
winning horse. The race is also fast gaining popularity with gamblers with the number of bets placed increasing steadily over the last three years.

This is one of Cheltenham Festival’s youngest races. It was first run in 2005 as one of the new races
introduced to accommodate the festival’s expansion from two to four days.
Seven-year-old horses have won seven of the thirteen Novices’ handicap races run as of the 2017
festival. Six-year-olds come second with three wins while five, eight and nine-year-old racehorses have won one race apiece. L'Antartique and Divers are  the two horses that have helped a rider and trainer achieve a record of two wins. The horses were ridden by Graham Lee in 2007 and 2011 respectively. Both seven-year-olds were trained by Fredy Murphy.