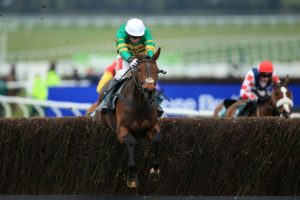 Among Cheltenham Festival’s popular Grade two races are the National Hunt Challenge Cup, an
amateur riders’ race run by horses of a minimum age f five years. The race takes place on the Old Course over a fixed distance of 6400 meters (4 mi) during the March festival. Four miles is the longest race distance at the festival.

It is a chase race which forms part of the famous course’s earliest history.


For starters, this event has been held on more occasions than any other competition at Cheltenham. It is among the oldest races and has been run with an outstanding consistency. The Grand Annual, one of the few races introduced before the Challenge Cup, has recorded fewer runs due to many stoppages especially in the years between 1800 and 1900.


The National hunt Challenge has been moved severally to different courses during its existence in
response to occurrences like war, disease outbreaks and course upgrades and renovations. It has however retained its initial spark throughout these changes.


The level of skill and competition witnessed at the race has often raised debate as to whether the
race should be considered an amateur race after in the first place.

This race has been severally renamed to honour several individuals and events, among them renowned commentator Peter O’ Sullevan, Queen Elizabeth, and journalist John Oaksey.

Experienced horses often have a good outing at the Challenge Cup. Ten and eleven here old horses have won the race on regular occasions. No single horse has however won the race on two occasions.
at August 12, 2018